The life path of architect, activist and entrepreneur Deon Lucas might have been set in childhood. Growing up on Chicago’s West Side, he became fascinated with the city’s buildings—large and small—and the role they played in the fabric of the city and peoples’ lives. It was here he also learned the importance of having access to assets and a network of individuals who care.

Fortunate enough to go to Westinghouse High School, where he studied drafting all four years, Deon was supported by teachers and counselors who persuaded him to go on to college to study architecture rather than enlist in the Marines.

Coming back to Chicago with undergraduate and graduate degrees in architecture, an MBA and years at leading design firms and as a sole practitioner, Deon could have gone anywhere. He chose Englewood. Englewood would become the crucible where his philosophies about architecture, business and community, developed over the years of formal education and life experiences, would be tested.

Understanding the challenge that he and other small firms faced when bidding on government or large private-sector contracts, his first endeavor was the creation of the Beehyyve, a collaborative of independent architects, designers, engineers and contractors who, by joining forces, could bid and work on projects that were previously available only to the city’s largest firms. That would have been a sufficiently unusual model of doing business to merit notice, but Deon’s vision was even broader and more deeply rooted in community. His desire to “do good work, with good people, for good reason” became a direct reflection of the commitment he exudes. After three years of community meetings and developers’ promises of what they were going to do “for the community,” and listening to others, he concluded that something very different was needed.

E. G. Woode is that fresh, new approach. Building on the foundation and experience of Beehyyve, Lucas and his collective are building a multi-faceted entity that aims to provide a new way of working with minority communities—in and beyond Englewood. As an incubator, an investor (that reinvests profits into new minority businesses) a real estate partner and builder, E.G. Woode aims to become nothing less than a new model and partner to create opportunity and wealth for communities that have had little.

“We support and provide entrepreneurs who have created businesses to serve their communities,” Deon says. “Successful businesses are the foundation of the vital communities that share our overarching goal, and I am excited that Chicago is where we will make it happen.”

To learn more about Deon and his endeavors, please visit http://www.egwoode.com. 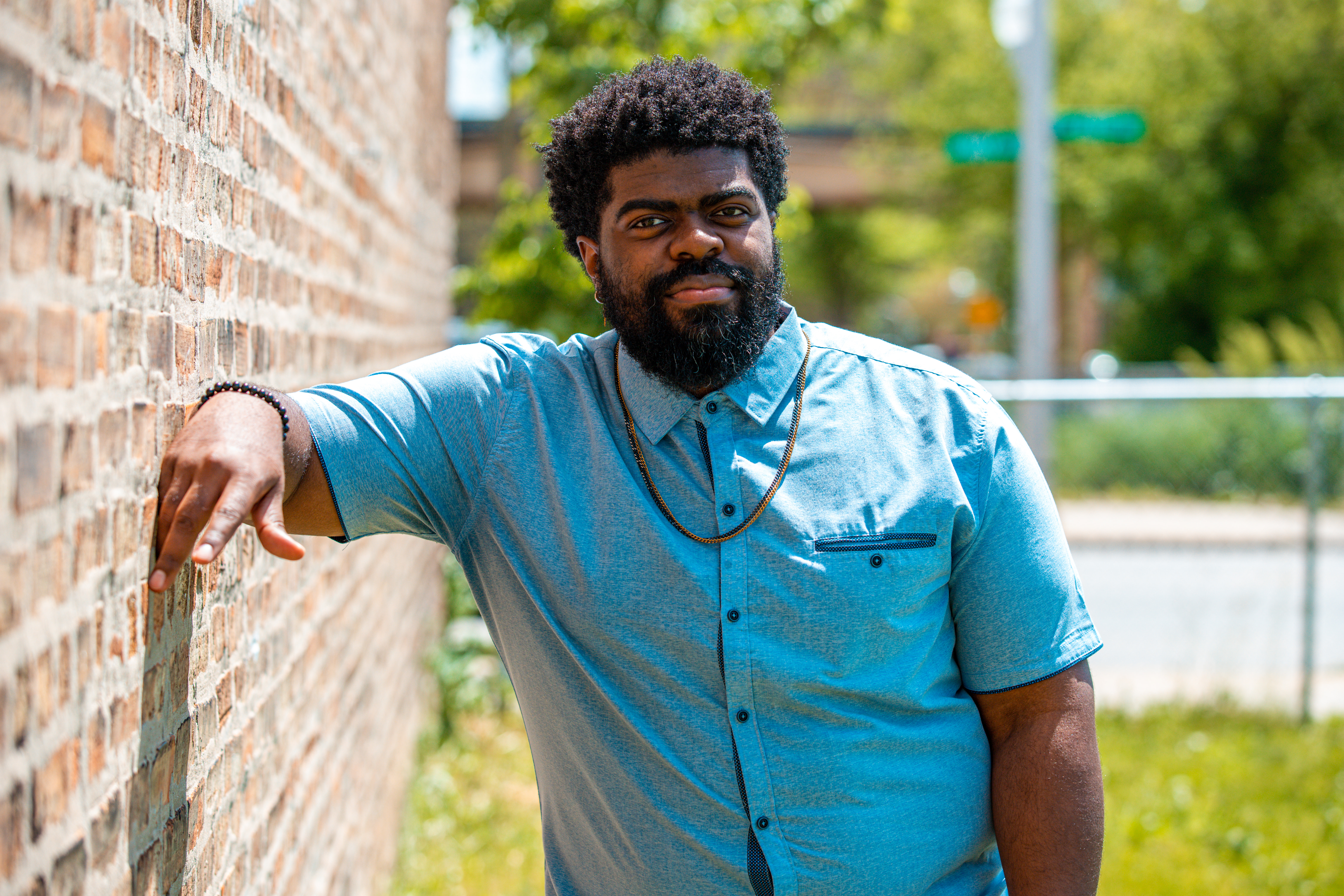 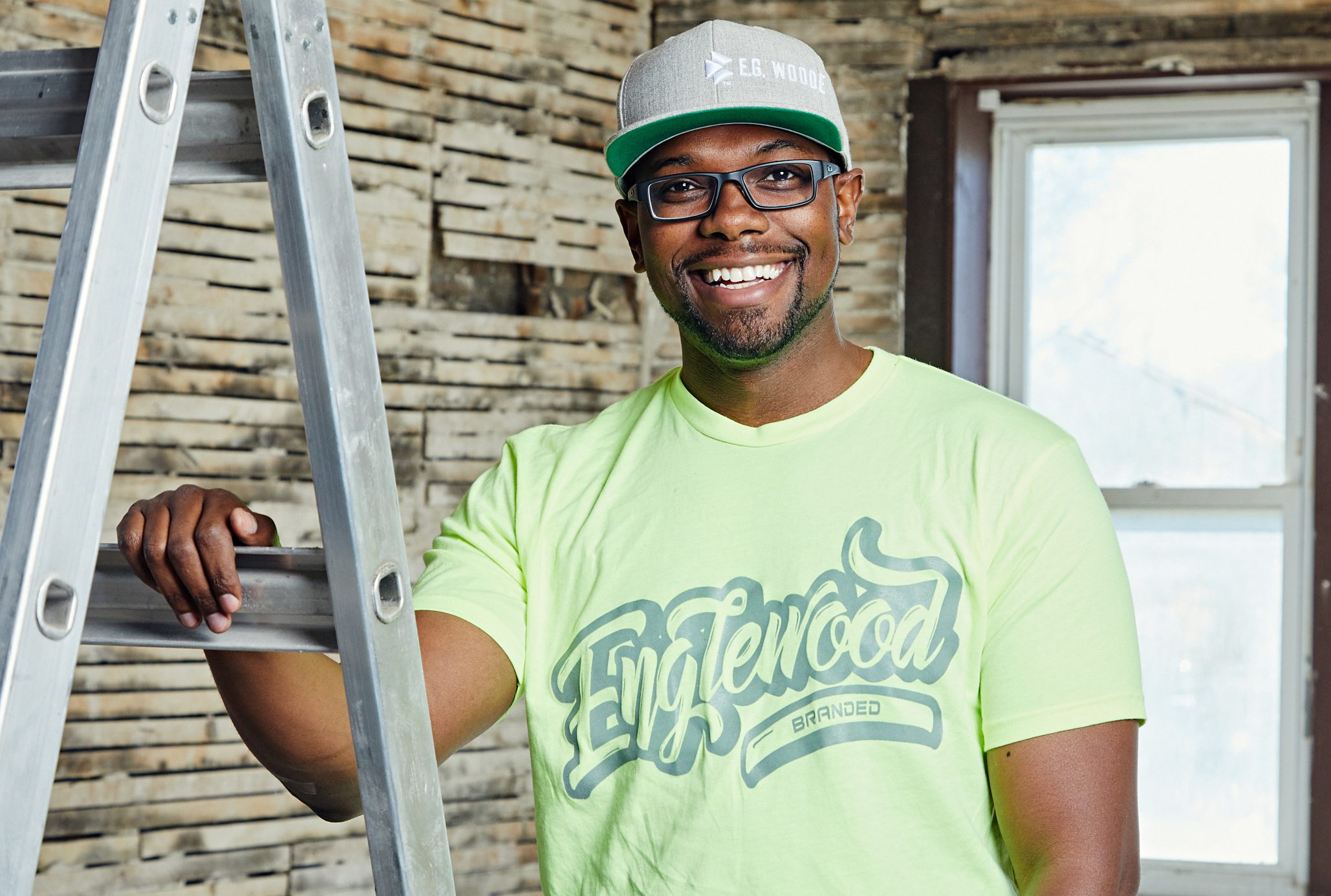 MarieWesley | Beehyyve | Powell's | Momentum Coffee
#baccatitagain
We are continuing to build. Storefronts and LULA (Limited Use Limited Application) Elevator Shaft!! W.I.P.
We are excited to announce that one of our members, @deonplucas , is a finalist for the Norman Bobins Emerging Leader Award from @lisc_chicago honoring the contributions, #innovation and #excellence of #Chicagoans creating more equitable communities for our city’s residents.
More than 90% of the rough plumbing and mechanical has been set. We also wrapped up the basement slabs for both the LULA (Limited Use/Limited Accessibility Lift) and our office area! Special thanks to ANM Mechanical and Last Sons for getting the job done. We had a few hiccups, but we powered through.
Framing on the first and second floor is nearly complete along with the underground plumbing and our new metal stair. We hope to wrap up the rough plumbing and HVAC by the end of next week and move on to pouring slabs and installing the electrical systems.
Our retaining walls are reinforced, set, poured and complete! Prepare yourselves for a spring opening with a fantastic outdoor experience.
Everyone, we have a new roof, complete with stone caps courtesy of Mike at Mitchell Development & Construction and Rob at Island Masonry! This, after more than 6 months of rain inside of the building, let us just say that we are ecstatic right now!
Great job by Armando and the team for removing over 12 inches of concrete, soil and debris from the basement in preparation for our new plumbing systems and concrete floor! #doneinthreedays #Teamwork #egwoode #englewood
@justfloart has bestowed his artistic glory to the face of the building! Albeit temporary, it will serve as a catalyst for future art in our spaces.
New roof in the works! Completely tearing off the old and replacing it with a new system. #LVLs #deflectioniscrazy
Loading Comments...